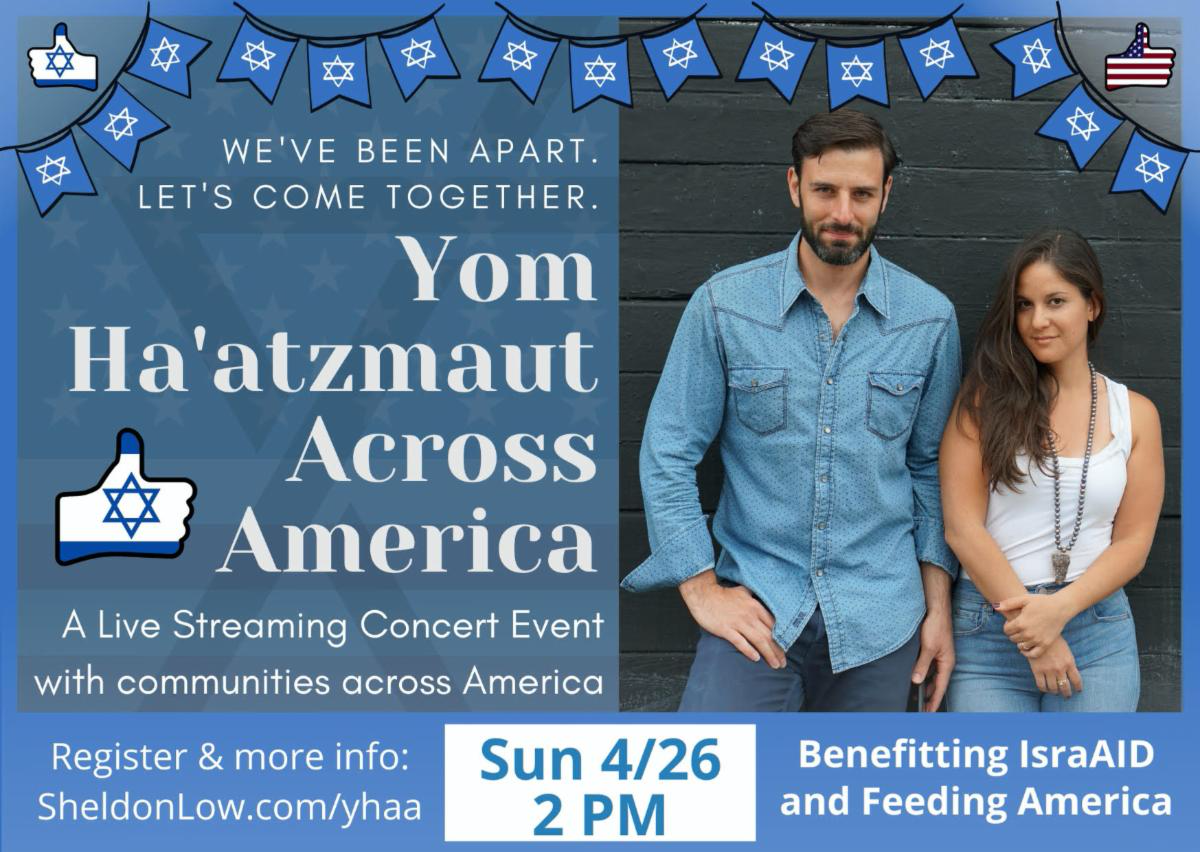 On Sunday, April 26th, 2020 in celebration of Israel’s Quadruple Chai 72nd birthday, communities across America will come together to co-host and celebrate Yom Ha’atzmaut with a live virtual concert event in support of IsraAID and Feeding America. Israeli vocalist and performer Hadar Orshalimy will perform her acclaimed Yom Ha’atzmaut Storyteller concert, featuring some of the most recognizable and iconic songs in Israeli history. Hadar, whose audiences have included the likes of Barack Obama, George W Bush, and Ehud Barack, will be backed by her husband and Jewish pop-musician, Sheldon Low on guitar and vocals.

Between the music, Hadar will weave behind-the-scenes stories of the songs and the Israeli composers who wrote them, along with anecdotes from her own life growing up in Israel. We’ll have appearances from some of the top American Jewish musicians (Chava Mirel, Elana Arian, Laurie Akers and many more), some pre-recorded videos (ie from Jewish Rock Radio), and remarks from special guests.

For tickets or more information go to SheldonLow.com/yhaa