The Flint Jewish Federation
cordially invites you to attend

For tickets or more information, please call
the Flint Jewish Federation at 810.767.5922

Proceeds from this event will provide
support services and acculturation programs
to refugees and immigrants in Genesee County. 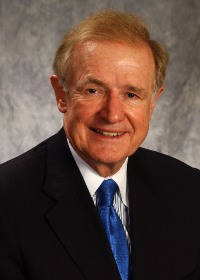 The Donald Riegle Community Service Award, established in 1990, recognizes individuals in the Flint area who have displayed exceptional commitment to the community.
This year’s award recipients, Brenda Clack, Russell Deutsch, and Sandra Jones have helped to enhance the quality of life and human dignity of the citizens of the Flint area. The proceeds from this event will provide funding for the necessary acculturation, social programs, and case coordination services to refugees and other immigrants in Genesee County.

Michigan’s former senior United States Senator, Donald W. Riegle, Jr., retired after three terms in the Senate and ten years of service in the U.S. House of Representatives. Throughout his federal legislative career, Don Riegle served as a champion of Soviet Jewry. He co-sponsored most of the major legislation pertaining to freedom of immigration issues and personally intervened with the leadership of the former Soviet Union on behalf of Jewish Refuseniks. As Anti-Semitism increased in the former Soviet Union, once again Don Riegle spoke out.

The Riegle Award Event proceeds have assisted Jewish Community Services in the successful resettlement of over 415 individuals from the former Soviet Union and several Russian-speaking Muslim families from Uzbekistan. JCS provides services to recipients without regard to race, religion, place of national origin, or ethnicity.

Our efforts have been assisted through the kindness of many community organizations, as well as scores of volunteers coming together to assist in creating new lives for refugees fleeing religious persecution.