Part of the Israel at 70 series 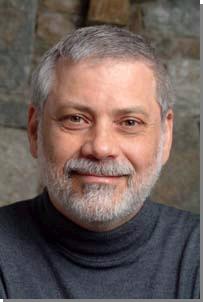 Made possible with generous support of the Ravitz FoundationEdwin Black is the New York Times bestselling international investigative author of 120 award-winning editions in 14 languages in 65 countries. With more than a million books in print, his work focuses on human rights, genocide and hate, corporate criminality and corruption, governmental misconduct, academic fraud, philanthropic abuse, oil addiction, alternative energy and historical investigation. Black’s work has been submitted eleven times for Pulitzer Prize nomination, and, in recent years, he has been the recipient of a series of top editorial awards. Black has been interviewed on hundreds of network broadcasts by Oprah, and on the Today Show, CNN Wolf Blitzer Reports and NBC Dateline in the US, and the leading networks of Europe and Latin America. Two of his books are in active film production. Black’s has spoken at prestigious venues from the Library of Congress in Washington, D.C. to the Simon Wiesenthal Institute in Los Angeles, London’s British War Museum and Amsterdam’s Institute for War Documentation and Munich’s Carl Orff Hall. He has testified before various legislatures on a variety of social justice issues including the U.S. House of Representatives and the North Carolina General Assembly regarding the necessity to pay African Americans reparations for forced sterilization, the European Parliament, and the Canadian House of Commons, The British House of Commons in London, the European Parliament in Brussels,and the Israeli Knesset in Jerusalem. Black is a leading contributor to The Cutting Edge News, the Huffington Post, the Times of Israel, and numerous other on-line publications.

Black’s eleven award-winning bestselling books are IBM and the Holocaust (2001 and 2012), Financing the Flames (2013), British Petroleum and the Redline Agreement (2011), The Farhud (2010), Nazi Nexus  (2009), The Plan (2008),  Internal Combustion (2006), Banking on Baghdad (2004), War Against the Weak (2003 and 2012), The Transfer Agreement (1984 and 2009), and a 1999 novel, Format C:. His enterprise and investigative writings have appeared in scores of newspapers from the Washington Post, Los Angeles Times and Chicago Tribune to the Sunday Times of London, Frankfurter Zeitung and the Jerusalem Post, as well as scores of magazines as diverse as Playboy, Sports Illustrated, Reform Judaism, Der Spiegel, L’Express, BusinessWeek and American Bar Association Journal. Black’s articles are syndicated worldwide by Feature Group News Service.