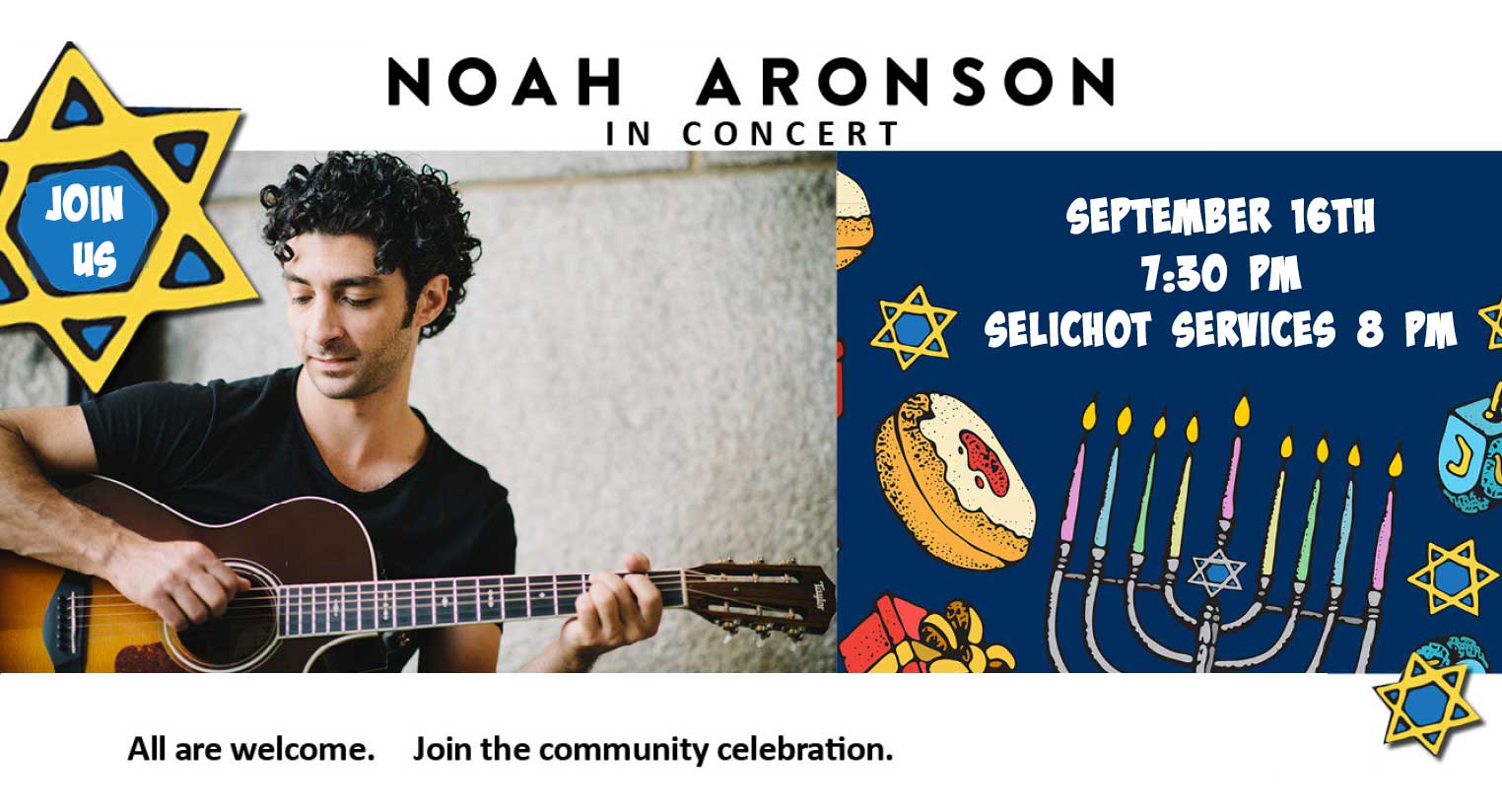 A Community-wide Selichot weekend with musician/Scholar-in-Residence Noah Aronson will take place at TBE/CBI.

After earning a degree in Jazz Composition and Piano from Berklee College of Music, Noah held the position of Composer-in-Residence at Temple Beth Elohim in Wellesley, MA where he produced four albums of Jewish communal music with his mentor, Cantor Jodi Sufrin.

As a solo musician, he released four full-length albums and songbooks Music from these albums is now sung in spiritual communities worldwide. At the end of 2021, Transcontinental Music will publish an anthology of his sacred music.

Throughout 2017 and 2018, Noah released four music videos including his acclaimed Goofy Guf children’s movement song. Additionally, in 2018, Noah created ‘The Chai Project,’ in which he partnered with 18 communities across the United States to compose 18 new songs for 2018. Each song was created in collaboration with the leadership of each congregation to reflect both their uniqueness as well as their connection to the broader Jewish community.

In 2019, Noah created ‘The Movement Movement’ in which he composes electronic dance music for prayer and facilitates intentional movement practices.

Noah’s latest album M.O.V.E is the first creative project to be birthed from his ReVoice Method. Recognizing that the human voice is our most powerful vehicle of expression, M.O.V.E invites the listener to participate in the experience through movement and singing.

In 2020, Noah started a new platform called BeMajor, where he regularly hosts concerts, workshops and classes online. For more information go to bemajor.com